We are All Bystanders

We’ve all found ourselves in a situation where we saw someone suffering and didn’t stand up to help: the times we’ve seen someone harassed on the street and didn’t intervene; The Missing Persons flyer we saw and didn’t help the family share; when we’ve driven past a car stranded by the side of the road, assuming another driver would pull over to help; even when we’ve noticed trash on the sidewalk and left it for someone else to pick up. We witness a problem, consider some kind of positive action, then respond by doing… NOTHING. Why? Something holds us back.. we subconsciously avoid the topics or don’t show up to events in a desperate attempt to pretend the issue doesn’t exist. We remain bystanders suffering from pluralistic ignorance…. BUT the Great new news is you are not a bad person. You have the power to be a hero and make great change in our communities! You are taking the first step towards becoming a morally courageous person by making yourself aware of the issues buried deep in your subconscious. Continue reading…

Why does the majority of the public not help in Missing Persons and Human Trafficking situations? Why do we sometimes put our moral instincts in shackles? These are questions that haunt all of us, and they apply well beyond the fleeting scenarios described throughout our Facebook page and Blog. Every day we serve as bystanders to the world around us, not just to people in need on the street but to larger social, political, and environmental problems that concern us, but which we feel powerless to address on our own. Indeed, the bystander phenomenon pervades the history of the past century.

The bystander is a modern archetype, from the Holocaust to the genocide in Rwanda to the current Missing Persons crisis in America.

“Why do some people respond to crises while others don’t?”

In the shadow of the Missing persons and Human Trafficking crises in America, many have spent years trying to answer this question. Their findings reveal a valuable story about human nature: Often, only subtle differences separate the bystanders from the morally courageous people of the world. Most of us, it seems, have the potential to fall into either category. It is the slight, seemingly insignificant details in a situation that can push us one way or the other. Ultimately, the important thing to focus on is that we all have the ability to be morally courageous!

Researchers have identified some of the invisible forces that restrain us from acting on our own moral instincts while also suggesting how we might fight back against these unseen inhibitors. There is tons of research on the bystander effort that can help you have more of an understanding. Take the time to Google it. In 2018 we now have a scientific understanding for what spurs us to everyday altruism and lifetimes of activism, and what induces us to remain bystanders.

Another important factor is the characteristics of the victim. Research has shown that people are more likely to help those families or missing people they perceive to be similar to them, including others from their own racial or ethnic groups. In general, women tend to receive more help than men. A missing infant or child under 11 years old receives more help and attention than a missing child 12 and up. Butvaries according to appearance: More attractive and femininely dressed women tend to receive more help and flyers share more than your average looking female or not so attractive female, perhaps because they fit the gender stereotype of the "vulnerable female". News flash, all human life is vulnerable. . weather it’s a missing male, female, child or teen, all life is equally valuable and ALL MISSING NEED TO COME HOME! ALL AMERICAN FAMILIES DESERVE CLOSIER AND ALL VICTIMS OF CRIME DESERVE JUSTICE.

"altruism is a noun, the belief in or practice of disinterested and selfless concern for the well-being of others.

"behavior of an animal that benefits another at its own expense.""

We don’t like to discover that our propensity for altruism can depend on prejudice or the details of a particular situation details that seem beyond our control. But these scientific findings force us to consider how we’d perform under pressure.. Even more frightening, it becomes easier to understand how good people in Nazi Germany remained silent against the horrors around them. Afraid, confused, coerced, or willfully unaware, they could convince themselves that it wasn’t their responsibility to intervene. The same psychological make us seen in Nazi Germany can be found all over America when dealing with Missing persons and Human Trafficking…. Scary stuff, huh?

Ervin Staub has been at the fore of this anti-bystander education. In the 1990s, in the wake of the Rodney King beating, he worked with California’s Department of Justice to develop a training program for police officers. The goal of the program was to teach officers how they could intervene when they feared a fellow officer was about to use too much force.

“The police have a conception, as part of their culture, that the way you police a fellow officer is to support whatever they’re doing, and that can lead to tragedy, both for the citizens and the police themselves,” said Staub. “So here the notion was to make police officers positive active bystanders, getting them engaged early enough so that they didn’t have to confront their fellow officer.”

We need to apply the same logic Ervin used in his police program in missing persons and Human Trafficking cases. To encourage the public and law enforcement to intervene and offer help would solve the problem. We desperately need programs that draws on earlier research that identified the causes of bystander behavior. For instance, many families are scared and reluctant to discuss the injustice they have endured and lack of resources made available out of fear, so families tacitly accepts it, afraid to make waves, and no one identifies the problem a form of pluralistic ignorance. We need to change the culture of the justice system by giving these people opportunities to air their story without fear of losing the little help they receive or retaliation. Its we put our egos down and build bridge and offer a helping hand…as a community we should welcome and acknowledge the gut wrenching stories of every Injustice. How can we respond or come up with a actual solution to the missing persons and Human trafficking crisis if we don’t listen the injustice horror stories with compassionate ear’s? Everyone from law enforcement, politicians to regular members of the public can learn and improve our system if we simply listen.

If you can get people to express their concern, then already a whole different situation exists.

This echoes a point that John Darley makes: More people need to learn about the subtle pressures that can cause bystander behavior, such as diffusion of responsibility and pluralistic ignorance. That way they’ll be better prepared next time they encounter a crisis situation. We want to explode one particular view that people have: ‘Were I in that situation, I would behave in an altruistic, wonderful way,’. “What I say is, ‘No, you’re misreading what’s happening. Education and compassion are key to finding a solution. Then when you feel those pressures, I want that to be a cue that you might be getting things wrong.

Research suggests that this kind of education is possible. .

But of course, not even this form of education is a guarantee against becoming a bystander. We’re always subject to the complicated interaction between our personal disposition and the demands of circumstance. And we may never know how we’ll act until we find ourselves in a crisis.

Stop judging, assuming and start helping. EVERYONE should be more aware of this, we should be more alert if something isn’t right and help others if they’re hurt or being bullied… Or if their child is missing. You have the power to make great change.

Let’s empower our people by teaching skills that foster a thriving, resilient, and compassionate society. A great start to this is showing up to the First annual Missing Persons Day on February 3, 2018. This is a FREE event held at Houston City Hall. A link to the Facebook event page is posted below. Looking for to seeing all you guys!! #HopeForTheMissing #Missing #HumanTrafficking #Hope #HoustonsVoiceForTheMissing 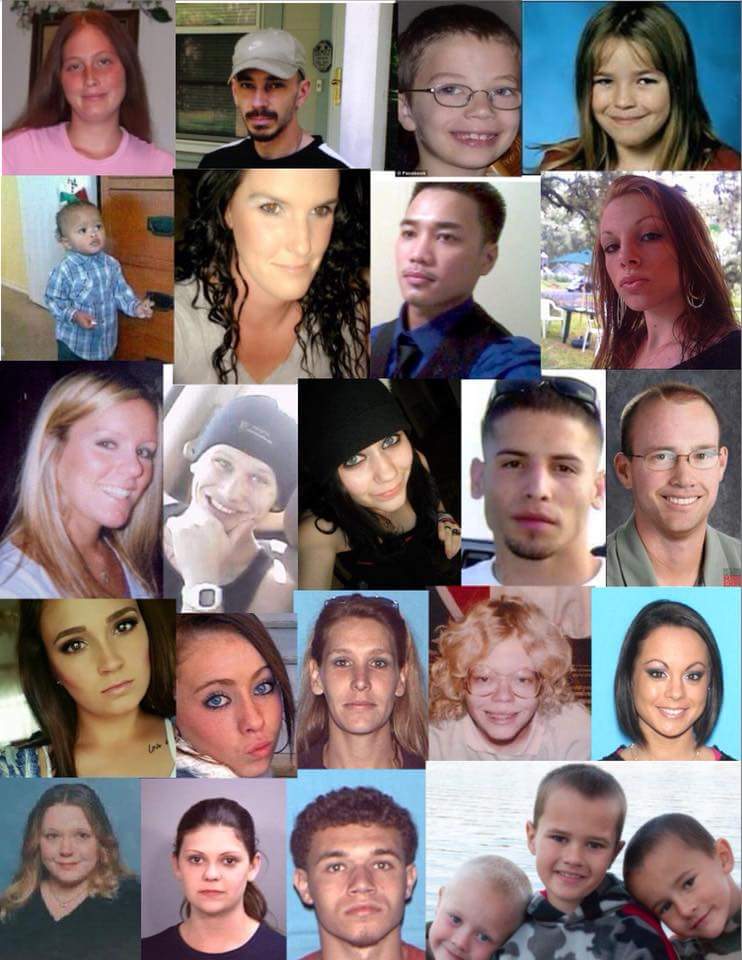