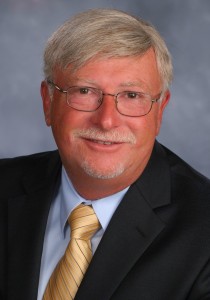 The other day I wrote a piece about dealing with the heat of Florida during a power outage, where the temp might be 94 degrees and the Humidity over 85%. I mentioned that a good gas generator, and a small window air conditioner can indeed get you through some rough nights.

But I also took a swipe at Ethanol gas, calling it Devil spawn and mentioned that it has several inherent problems here in the US as a fuel. Some of those problems are ECONOMIC, so today I want to explain my position. This is mainly in response to someone that wrote in, that sort of praised Ethanol’s use as a fuel, so let’s get to the nitty gritty of it all.

First the problems with the fuel itself. Ethanol Causes Fuel Decay. High amounts of oxygen in ethanol blended fuels cause gasoline to decay faster, and if left standing for long periods of time, the decaying fuel leaves varnish and sludge deposits. Those deposits WILL gum up your carburetor and jet passages and create all manner of issues.

Secondly, Ethanol is an alcohol and it chemically attracts water right out of the atmosphere. Well as you can imagine, one place you don’t want any water at all is in the fuel system of your boat/generator/small engines, etc.  No, it’s no good and left for a long enough time, a bizarre situation develops where a layer of water contacts the gas and creates this “muck” called an inversion, that simply will not burn.

As I mentioned, in a closed loop system like a car where the system is pressurized and very little air gets in, it’s not horrible. But in open vent systems, it can cause huge problems. Simply ask any boater that went through nightmares when this stuff was first mandated as law. Many tens of millions of dollars went into repairing marine systems.

But it isn’t simply the problems I have with the fuel that are the big time issues. So let’s get all manner of Eco-sensitive here and see if Ethanol has been a plus or a minus for the earth.

When any alternative fuel comes to fruition, I tend to pay attention. I am wickedly in favor of solar for instance. The Sun rains down enough photons in ONE HOUR to power 2,000 trillion lightbulbs. We get enough light from the sun, if properly captured and stored, to run every gadget on the planet for 36K years. Every day.  So with all this free energy bombarding us, doesn’t it make sense to figure out how to use it and store it? It certainly does.

But in the quest to get away from oil, people have tried all manner of “bio-fuels” and Ethanol at first, looked pretty good. In South America, they can grow sugar cane anywhere. It’s like a weed there. So, they started growing it in huge farms, and turning that biomass into Ethanol, and using it as a fuel. Well, the problem was and still is that 1) they have been cutting down the rain forests which capture so much of the carbon from the air, that 2) the “net-net” is that the world council says we put more carbon in the air, from all the excess farming, deforesting, and machinery needed to do it.

But Carbon is only one part of the problem. See, here in the US, we can’t grow sugar cane anywhere but in South Florida. So we turned to corn, which we can grow almost anywhere. But again the problems outweighed the benefits.

First off, is the volumes. To make enough corn to provide the 10% ethanol we need to run our vehicles, we had to once again expand the farm land, cut into wood lands, and use a lot more vehicles/machinery. That’s bad enough but more importantly, corn is the feedstock for anything from beef to chicken to table fare. We had to take some of that supply and turn it to making ethanol. So, when demand hit supply, the prices of feedstock rose, and thus so did beef and chicken etc.

Here’s a snippet from Forbes with some numbers:

But it would completely disrupt food supplies, livestock feed, and many poor economies in the Western Hemisphere because the U.S. produces 40% of the world’s corn. Seventy percent of all corn imports worldwide come from the U.S. Simply implementing mandatory vehicle fuel efficiencies of 40 mpg would accomplish much more, much faster, with no collateral damage.

The bottom line is this folks. In areas where they can grow sawgrass and sugar cane, the “price” about equals out, but there’s a bigger carbon print. In areas where we’re using corn, the math does NOT work. We spend more to make a gallon of ethanol than it sells for. How can that work? Subsidies. The Government pays for it.

In my vision of a perfect world, they figure out how to store solar energy properly. Because if they did that, the results “could be” astounding. Using just the panels available to us today, they could take a small portion of the State of Nevada, just a few miles square, and power the entire US. That’s how much sunlight falls on us every hour. But, we’ve not figured out how to tap into all that energy and store it for the time there is no sun, such as night time.

Of course you could argue that the big oil companies and coal companies would never allow that to happen, etc, but again this is my vision of a perfect world. Energy delivered by the sun for free, that costs nothing to receive, and creates zero pollution.  It’s not here, yet, and Ethanol is simply not even part of the answer.

So I hope you understand why I “dissed” ethanol the other day. It’s a subpar fuel that costs us more than it’s worth. It sort of works in some areas of the world, but not here. Bring on solar batteries that can store all that energy from the sun. Do that and we’re “home free”.

There’s been a lot of chop concerning the market, because of the big ticket items such as the roll back of Obamacare, the tax reform situation, and then of course Janet Yellen confusing the hell out of everyone this week.

Let me explain. Janet Yellen was giving a talk Tuesday and in the same question period, she said diametrically opposed statements. At one point she said that they had misread the way they calculate inflation, but here’s the interesting stuff. Try and follow this plot:

Right there you might have a bit of confusion, no? Yes. If inflation may rise more sharply because of the job market than anticipated, why would that mean easier policy ahead? If inflation is raging, wouldn’t they want to hike rates more aggressively??

But wait, it gets better. Because immediately after that head scratcher she then said this:

YELLEN SAYS FED SHOULD BE `WARY OF MOVING TOO GRADUALLY’

But today was a different day, and we tend to move in Nano seconds now. Today it was all about the new tax plan that Trump is trying to move forward with. So we opened big and in a very short time had the DOW up 80 and the S&P roaring along with it.

Soon after however, some of the details of the plan started getting talked about and it wasn’t wine and roses. Before noon, the market went red, with the DOW off 26 and the  S&P at times down about a point. What a turn around, from up 80 to down 26.

But “hold the phone!” Trump was interviewed live and made statements saying that he was going to have the votes to overturn Obamacare, and that his tax plan is going to be the biggest cut to the middle class “in history”. Well they ate that right back up and up we went.

So, we ended the day with the DOW up 56 and the S&P up 10. That’s quite a sharp move higher, and once again puts us in record territory. Whether you like what’s happening, or detest it to your soul, there’s little doubt that the people in charge are still hell bent on pushing this market higher and higher. P/E’s don’t matter. Falling housing sales don’t matter.  Nothing matters. Until one day it will and no, I don’t know that day.

Thus, we continue to lean long, and hope that each time we buy something we aren’t buying the exact top. So far, so good on that. If you’re looking for a trade, I personally am looking at BAC. It looks ready to go.

NOTE> Many have written us to say thanks for these free letters and have asked if there’s any way to support the effort. I sincerely appreciate that. I have actually created a “donate” button where you could toss us a few bucks if you’d like. It does cost a small fortune to produce the free letter and every little bit does help. Thank you!

We at InvestYourself are not brokers. NO advice is given or implied. This newsletter is for educational purposes ONLY. Nothing should be considered a recommendation to buy or sell any stock or security. We strongly recommend that you consult with a professional broker or financial planner before you buy or sell any stock or security. We believe the information in this publication to be true but assume no responsibility for any incorrect information. This is not a solicitation to buy or sell any security. Writers of InvestYourself may at times hold positions in any of the stocks mentioned in this newsletter. Investing in securities carries a high degree of risk and you can lose all of your investment money. Past performances do not guarantee future results. Please consult with your own independent tax, business and financial advisors with respect to any investment, including any contemplated investment in any company mentioned. All information contained in this publication must be independently investigated for accuracy. We will NOT be responsible for the consequences of anyone acting on this purely educational material.