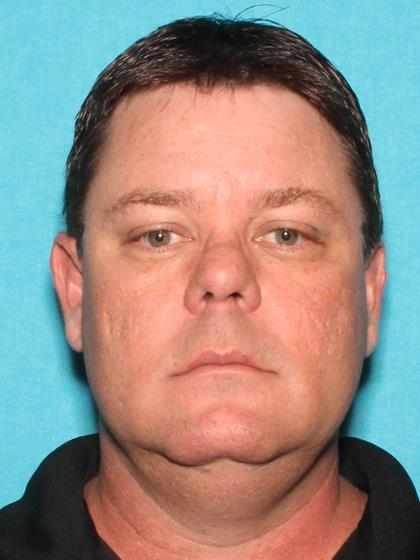 Another pedophile in our school system.

KHOU reports An Humble ISD police officer has been charged with 10 counts of possession of child pornography.
Jeffrey Warren Clark, 48, had several thousand images of graphic child pornography and child exploitation in his home, according to Harris County Precinct 4 Constable Mark Herman’s Office. Precinct 4 deputies searched the home in the 14600 block of Logan Falls Lane Tuesday.
Constable Mark Herman says the investigation began after Clark applied for a job with Precinct 4 and “alarming information” turned up.

"During our background investigation, some things that were said to some of our investigators that raised red flags and alarms," Hermann said.

According to court documents, a polygraph examiner conducted a pre-test interview with Clark admitted to looking at pictures of 17-year-old girls on the Internet as many as 10 times in the last year. He also allegedly admitted to having had sex with a 14 and 15 year old girl when he was 18 years old.

The polygraph examiner began the polygraph test and Clark proceeded to deny similar questions when he was asked. All this raised serious concerns for investigators who obtained a search warrant for Clark’s Humble home.

"In my 31 years, I’ve never seen anything like this with our agency," Hermann said. "Other agencies may have had it but not us."

Humble ISD sent us this statement:

"An Humble ISD nighttime patrol officer has been charged with possession of child pornography. Nighttime patrol officers do not interact with students on a regular basis. He was hired in July 2015 and on August 2, 2017 he was placed on administrative leave pending the outcome of the investigation. Humble ISD will continue to work with Precinct 4 in this matter."

Remember Humble ISD teacher Armando Garza who was arrested in Dec of 2015?? Below is an old news article…

Atascocita High and Summer Creek High School parents received a letter today informing them a teacher was arrested overnight, accused of allegedly having an improper relationship with a student.

Armando Garza, 28, was booked into the Harris County jail Monday, Dec. 7 on felony charge of improper relationship with a student.According to the Humble Independent School District, “Garza is a former teacher who resigned and has not been permitted on our campus since Nov. 5, when he was put on leave. At that time, Humble ISD police received an allegation and took immediate action by launching an investigation. We were limited in what we could release during the open police investigation, but can share with you now since the Harris County District Attorney’s Office has pressed charges.”

Garza was employed by the district for one-and-half years, working at Summer Creek High School during 2014-2015 before joining AHS this school year.

According to court documents, the alleged relationship between Garza and the victim, a 17-year-old Humble ISD student, lasted for a 10-month period from January 2015 to October 2015.

“The alleged personal relationship included physical contact such as hugging and kissing progressing to cell phone calls, text message, ‘Snap Chat’ messages and cell phone photographs,” court documents state. “The victim informed her mother of the alleged relationship after she stopped seeing him to date someone else and he allegedly followed her after leaving a local restaurant.”

“Improper relationships will not be tolerated. Humble ISD works with law enforcement for the safety and welfare of all students,” the letter sent home to parents said. “The district is taking the additional step of informing the State Board for Educator Certification of the allegation.”

Does anyone remember The Humble ISD teacher, Monica Quintero who was among four suspects charged in a heroin bust in May of 2014??? Link to the article is http://abc13.com/archive/9530537/

Also in May of 2014 Humble ISD teacher Patricia Almond was on her way to the school just before 8 a.m. Monday when she was stopped and then arrested near Highway 59 and Townsen Drive driving to work at Timberwood Middle School while intoxicated.

In March of 2014 Humble family files federal lawsuit against Humble ISD after their daughter was sexually assulted by her teacher humble isd Amanda Feenstra.