On April 13th 1984, 13-year-old Helen Kilgore was reported missing by her father, from Corpus Christie, Texas. Several days later, Helen’s body was discovered on the side of a rural road near Meridian, Texas, over 200 miles away from her home. Helen’s remains were found wrapped in a type of blanket. She died from a gunshot wound. Despite an intensive investigation, no arrests

At the time of her death, Helen was enrolled in middle school, and was survived by three sisters and her parents. 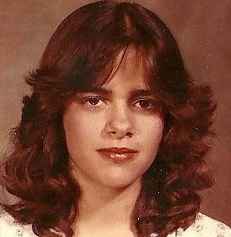 Texas Crime Stoppers is offering a cash reward of up to $3,000 to any person who provides information that leads to the arrest of the person/persons responsible for this crime. To be eligible for the cash rewards, tipsters MUST call the Crime Stoppers hotline at 1-800-252-TIPS (8477). All tips are anonymous. Tipsters will be provided a tip number instead of using a name.

Information on this case may also be submitted in the following manner:

It was 1984 when a 13-year-old girl missing from Corpus Christi was found brutally murdered. Her name was Helen Kilgore, and to this day, no one has ever been convicted of the crime.
The girl’s family desperately continues to search for answer, there are new efforts underway right now to solve the cold case.

As Helen got older, Kelly said she had a habit of running away, but just for a couple days. On April 13, 1984, however, she disappeared once again but never returned.

Days later, just outside the city of Meridian, Texas, about 300 miles away from Corpus Christi, something caught the attention of Durwood Koonsman.

"I turned around and went back by it, and I seen feet sticking out," Koonsman said.

At the young age of 13, Helen Kilgore was dead. She had been kidnapped, her body beaten from head to toe, and was left wrapped in a moving blanket on the side of the road. An autopsy performed found the cause of death was a single gunshot wound to the head.

"I believe in some point in time, we will find out who did this," Pullin said. "It’s just a matter of time, and it’s been a long enough time as it is. Time to finally try to close the book on this case and find out who the shooter is."

Still, solving the case has proven difficult due to a lack of evidence.

"It’s limited because not always do we have the same evidence here that we did in 1984. There is some evidence that is no longer here," Pullin said. "When we have an investigation like this and it’s an old cold case, we need help."

Helen gave her sister Kelly a pin on her eighth birthday. It’s a reminder Kelly wears around her neck of her baby sister, and her vow to never give up on finding her killer.

"I want to know what could a 13-year-old have done to someone that was so bad, that they felt so threatened they had to beat her body and take her life like that," Kelly said.

The family of Helen has a Facebook page set up in hope to find new clues. below I shared few photos of Helen and her family. Someone knows something… its times this family and Helen get the justice they deserve. its never too late to come forward. What if this was your child or sister?https://www.facebook.com/pg/HelenMarieKilgoreMemorial/photos/?ref=page_internal