Article by Amber Cammack, Houston’s Voice for the Missing

Article by The Founder of Houston’s Voice For The Missing, Amber Cammack

If you watched the most recent episode of the #AmazingDocGreeneShow you heard first hand, how manipulating and deceitful CPS Caseworkers can be. Do not gamble with your child’s life. When dealing with CPS (in a professional or personal setting) anyways record and know your rights. A child’s life may depend on this.

Why do we need to fear CPS?? One third of Foster Children are missing. Some as young as 11 years old. 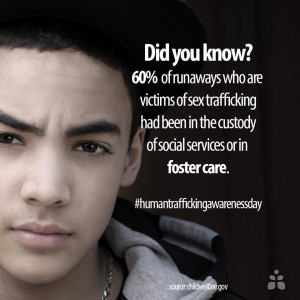 The issue of human trafficking is one that makes people uncomfortable. It reveals a casual disregard for the sanctity of human life — by determining that the worth of a person has a dollar value. The idea for most of us that people, our brothers and sisters, would be trafficked is abhorrent. That’s what makes us so uncomfortable. It seems so unreal and dissonant with what we value, as Americans. However, trafficking is happening in our communities, right under our noses, and it makes us feel the weight of responsibility to do something about it. That’s mainly because of the people traffickers seem to target. When we talk about trafficking, we’re talking about someone who is vulnerable, who has been taken advantage of, and are often tricked or seduced into a relationship where they’ve then become trafficked. More specifically, 60 percent of runaways who are victims of sex trafficking had been in the custody of social services or in foster care.

Human Traffickers look at foster children because they’re vulnerable or “easy prey”. While we know there are some foster families that care deeply and want to take care of kids, it’s still, by definition, a temporary family and the majority of foster parents are in it for the easy money. Awareness is key to fighting the war against human trafficking among American CHILDREN. Americans need to realize that human trafficking does not just happen in other countries, but in states and communities all across the United States. Your child is not untouchable. It’s happening here, in our communities, right underneath our noses. It’s here… Sex trafficking falls under the umbrella of human trafficking, a form of modern-day slavery. The U.S. Department of Justice reports that an additional 300,000 American children are at risk of becoming victims of commercial sexual exploitation. In 2014, One-third of the children labeled as runaways were never found.

This is the Pattern that lands tons of children in a CPS office/shelter located on Chimney Rock in Houston, TX. I like to refer to this shelter as a one stop shop for human traffickers. You can drive by the chimney Rock Shelter at any given hour and you can see children and their pimps coming and going. The Chimney Rock CPS shelter LITERALLY doesn’t even try to keep the children in or predators out. During all hours kids(and thugs off the street) of all ages come and go as they please. Last January i had worked the case of of missing ment ill 13 year old. She had been missing for almost a week before CPS even noticed she was gone. She had went missing less than 24 hours after being placed at this shelter. This little girl was taken from her mother because cps claimed she couldn’t control her. Obviously this is a growing trend because here is the link to a very similar story of a missing 12 yr old. The mother of that child was a on #TheAmazingDocGreeneShow back in February.

Here another link to a story about a foster child name Angel who was placed in this same shelter.

This article tell a horrifying tell of how children lured other children. It reads….

“There, kids sleep on roll-away beds and share a communal shower where a handwritten sign implores: “Don’t leave clothes on the ground. No socks, shirts, pants, shoes. Nothing.” At Chimney Rock, she met another girl – a 17-year-old who “convinced her of stuff.”

“She convinced you?” asked Johnson.

“What did she tell you?”

“She prostitutes or whatever.”

The other girl prostitutes herself? “Yeah.”

Did she prostitute herself while you two were together?

This other teen had targeted Angel and two other girls, including one who is just 13. She “acted all friendly,” brought them pizza, bragged about the money she made. The crew took off Saturday evening but was picked up by police and returned to the shelter. A short time later, they left again – bouncing back and forth over the next three days between the Chimney Rock office and the streets. Their first stop was a park adjacent to the office, where men were waiting, along with another CPS runaway – a boy Angel has a crush on.

“I guess they were recruiting girls or whatever,” Angel said with a shrug.”

Given the amount of children vanishing from this shelter and the staffs blatant violation of federal law and cps policy and procedures, you have to wonder why or how this shelter is still running…. It’s a proven fact that this cps shelter and it’s staff are literally putting children in danger. What is really going on here?

Links to other stories and info regarding this CPS shelter/office located at 6300 chimney rock in Houston, TX.

This shelter has a 9 million dollar budget according to this 2001 article.

“But former and current CPS investigators and caseworkers, along with state advocacy groups, say the 2005 plan may have made problems worse. Employee turnover has actually risen since 2005. About 34 percent of CPS investigators and caseworkers quit during their first year, and that number is about 10 percent higher in Harris County. Children in Texas still die at a rate that almost doubles the national average. Harris County is tops, with almost four deaths per 100,000 children. The number of Harris County children in foster care has dropped by about 100 since last year, but has actually risen by almost 1,000 since 2005. ”

Harris County CPS (particularly the chimney Rock location) are obviously not for the best interest of your child. Please know your rights as parents. The chimney rock shelter is dangerous and the last place you want your children to end. What You Should Know if CPS Targets You or Your Family

1) Take the accusation seriously. It doesn’t matter if you think the allegation is unreasonable or stpid. CPS is serious, and will presume that you are guilty as accused. They may not say that they are there to take your children, but they are going to try.

In testimony to Congress, Chris Klicka, senior counsel for the Home School Legal Defense Association, stated that a case worker with 30 years’ experience once confided in him that “When I started working, we tried to prove the family was innocent. Now we assume they are guilty until they prove they are not.”

2) Ask questions… and demand answers. The investigator will try to keep the allegation secret. But they are required by federal and state law to tell you the nature of the accusation at the first contact.

Don’t settle for the answer of “abuse” or “neglect.” Those are categories, not accusations. You are entitled to know what specific actions you are accused of committing.

3) Do not talk. More specifically, do not try to explain what may or may not have happened. It is important that you not talk to anyone but your attorney. It is natural that innocent parents who have nothing to hide want to explain everything so that a reasonable person can see there’s no problem here. But CPS agents are not reasonable. You are presumed guilty. The investigator is there to find evidence to support what she already believes to be true – that you abused your child.

5) Be polite. Hostility toward the investigator is considered evidence of guilt. Your perfectly natural angry reaction to being accused of harming your child will be used as evidence of an abusive personality.

6) Never let any government agent in your home unless he or she has a warrant or order issued by a court. Ask to see the warrant or order, because the CPS worker may lie and say she has one when she doesn’t. When she doesn’t have one, politely but firmly tell her that she will have to stay outside until she gets one. If she claims it’s an emergency, make her tell you what it is. Call her bluff – if it were a true emergency, she would be there with armed police officers, forcing her way in. Do not even open the door to let her look at the children.

There is no compromise on this. There is no exception. If you invite an investigator into your home, you have waived your fourth amendment protection. And if the investigator is intent on taking your children, SHE WILL FIND SOMETHING IN YOUR HOME TO JUSTIFY IT.

Listen to the words of an ex-CPS investigator:

“I wish I could shout from the highest mountain to parents to vigilantly learn their rights! If they knew what their legal rights were there would be significantly lower numbers of child removals. Social workers, unlike policemen making an arrest, are not required to inform the parents of their legal rights. All we had to do to remove a child was to show up at the home and tell the parents we came to remove the kids. Often times we would take a police officer with us (never telling the parents he was there for MY protection, not to enforce an order or warrant). 99% of the time we never had to get a warrant or court order to remove kids because the parents would be so intimidated by the officer that they would just hand their kids over and show up for court the next day. But if they had legally known their parental rights, they could simply have told me that I could not take the children unless I had a court order signed by the judge or had a warrant to remove the kids. … the majority of times parents were just intimidated and gave consent for the whole process to begin; completely unknowing of what rights they just waived.”

If officers do force their way in, do not physically resist. Make your objections clear, but stand aside. There’s no point in getting arrested, or risking injury or death. Your children need you. Demand that you not be separated from your children, and that your children be interrogated only with your attorney present. (This demand will likely be ignored, but demand it anyway. The fact that you did may become important in later court proceedings.)

7) Demand that CPS tape any interrogation of your child. They are required by Texas law to do so. Bring your own recorder at each meeting, etc. You have this right.

8) If the accusation is one of physical abuse, have your doctor give your child a thorough physical exam. Ask him to write a letter stating that no bruises, marks, or health concerns were found on the child that would create suspicion of child abuse or neglect. Go to a doctor you trust. Never never never go to a doctor recommended by CPS.

9) Gather names of friends and relatives who are willing and able to care for your children if CPS takes them. If your children must spend time away from you, it’s far better that they do so with people you know and trust than in a foster facility.

10) Never admit guilt, even if CPS has taken your children and offers to give them back if you do. It would be immoral to do so if you truly haven’t done anything, and it may be a quick way to jail and to lose your kids forever. CPS agents are not above lying to you to prove your guilt.

This article was written by a Houston, Tx lawyer. You can find a link to the original story below.